Today, women are refusing to be bounded within the four walls of the house. They refuse to be the docile, submissive, and meek versions of themselves. Instead, women are spreading their wings of aspirations in all directions with full energy and there is no stopping them.

The inspirational story of Lt. General Punita Arora will make you want to explore every option before finally choosing a career. If you are looking for a profession with intense challenges and endless excitement, then this story of  Lt. Gen. Punita Arora will be the best story you’ll read today!

A journey that starts from nothing in hands.

Our Lt. General took birth in the city of Lahore, Pakistan, and she was only one year old when her family had to move to India during the time of partition. As  millions of people whose livelihoods had been displaced and now had to start from scratch, Punita’s family was one of them too. India did welcome them with open arms, but the family had nothing to start with. They entered the streets of India with only a blanket and a glass.

Surviving in that time of adversity was only possible because of her family’s ancient qualities and beliefs- unity. A quality that Punita chose to carry forward with her when she joined the Army.

Punita always saw herself wearing the white coat of a doctor when she grows up but sadly, getting admission to a medical college for female students was a strenuous task. But this did not falter her dream of pursuing her medical studies. She stayed adamant about her goals and insisted on getting admission to the boys’ college.

The college put up a condition and told Punita they would grant her admission only if she is able to bring three other girls with her. And guess what? She did and got herself enrolled in the government college in Saharanpur.

Now, it was time to achieve the bigger goals of life.

After completing her MBBS, Punita got herself enrolled in Armed Forces Medical College as an undergraduate and secured the position of an officer in the Indian Army. 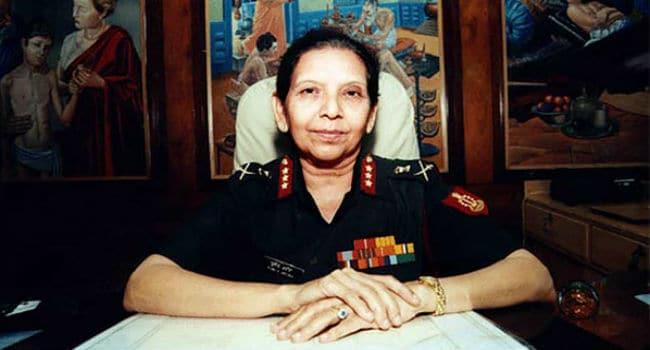 Army is full of trained, disciplined soldiers who are ready to serve their nation at the expense of their own life. Punita was one of those strong soldiers and faced every grave situation with utter strength and responsibility.

There’s no discrimination in the realm of the Indian Army when it comes to training its officers and sending them for missions. Punita faced the same grave situations as all of her teammates did.

She got posted in a city roaming with dacoits, Fatehgarh. With people lingering around with guns and sticks to attack anyone anytime, there was no surprise the city would need doctors around the clock. Miraculously, there were no doctors. The only hospital the city had was at least six hours away in Kanpur and there was only one train service per day per midnight.

If a patient missed the train due to any reason, General Arora took them under her supervision and treated them.

Another posting of General Arora took place in Kaluchak, Jammu & Kashmir. It was her job to provide medical service to the injured soldiers and citizens amidst all the blood and chaos when a group of terrorists had attacked a bus carrying the wives and children of the soldiers. 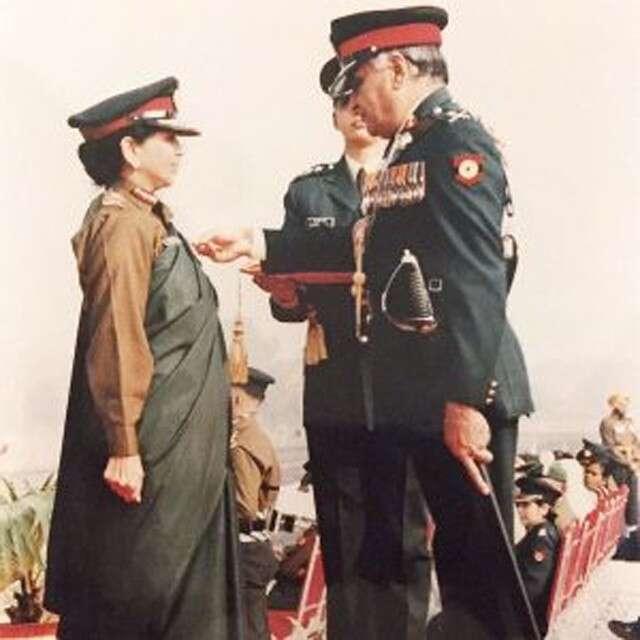 During her 36 years of service in the Indian Army, General Punita had earned immense respect, exemplary awards, and profound life skills.

She has rewritten the pages of history by becoming the first to secure the second-highest rank of Lieutenant General. She also became the first woman Vice-Admiral of the Indian Navy in 2005. Anyone can be either a Lt. General in the Indian Army or a Vice-Admiral in the Indian Navy, but she is one of those rare people who has accomplished to be both. Not only this, he has been awarded 15 exemplary awards during her entire defence career.

A girl can dream of anything she wants to be, and our General is here to encourage every aspiring girl or woman to not be afraid of joining the defence services. It is just one of the realms of professions flowing in with women ever day because every woman has everything it takes to be there.

Seema Rao: A Paragon That Proves Combat Roles Are Not Limited To Men.

2 thoughts on “Inspiring Story of Punita Arora: From being an aspiring girl to becoming First Female Lt. Gen Officer.”

5 Positive Platitudes to boost our Self-esteem

Let us know our readers