An adult woman decides to choose a man of her choice. She gives birth to a child in a relationship with him. He was an already married man and have children in his previous marriage. The woman’s family who doesn’t like this relationship, abandons the child as an orphan. They handover the baby to the child welfare committee, without the mother’s knowledge, to be adopted by some other couple. Meanwhile, the man got a divorce and the very next month after they started living together, the mother filed a complaint at the child welfare committee and the police asking about her lost baby. Both groups ignore the complaint.

When the parents of a child who has been branded as an orphan are wandering around asking for the child, they give away the child for adoption in the most secretive and dramatic way. They show a baby and say that it’s hers, but a DNA test proves otherwise. Later this woman starts her satyagraha (non- violent agitation ) in front of various government offices seeking justice for getting her child back.

One year after receiving the complaint, the police, the child welfare committee and the court intervened and returned the baby to the mother! The media is satisfying the readers by telling the story of the tears of the parents who looked after the baby for three months!

Well , the above is not a Television Soap Opera script. It’s a series of real life incidents that has happened in one of the highly literate states of Kerala where money, power, caste and politics of people determine the fate of their personal choices.

On 19 October last year, Anupama S Chandran, gave birth to a boy in a local hospital. The 22-yearold activist had braved social stigma by having a child out of wedlock with her already-married boyfriend, Ajith Kumar Baby, 34, who worked as a public relations officer in a hospital. The relationship and the pregnancy had whipped up a storm in the woman’s family.

Having a child out of wedlock is anathema in India. Making matters more fraught was the fact that Anupama belongs to a dominant caste compared to Ajith, who’s a Dalit (formerly untouchables), who languish at the bottom of India’s rigid caste hierarchy. Inter-caste and inter-faith marriages are frowned upon. Yet both Anupama and Ajith hailed from what many Indians would regard as middle class, progressive families who were followers of the Communist party (ruling party).

Last year, when Anupama became pregnant and the couple decided to have the baby, her parents arrived to take her for delivery support. After delivery, Anupama’s father  took the child away  to a safe place, claiming that the presence of the baby will raise questions among relatives. He assured that

Anupama can later reunite with her baby after her sister’s marriage which is due in a few months.  Ever since then, the child went missing.

Anupama’s search for her baby has been an ordeal. At the hospital, they found that their child’s birth certificate contained the name of an unknown man – not Ajith – as the father. The police initially refused to register their complaint of a missing baby. Instead they told her they were investigating a complaint made by her father about Anupama “going missing” from her parent’s home. Later, the same police said that there was documentary evidence stating that the child was given for adoption by Anupama voluntarily.  But this mother was not ready to accept defeat. What happened next could be made a historical feminist event in the communist led relatively progressive state of Kerala, India. Several women organisations joined hands with Anupama in her fight for her rights of ownership. A court ordered DNA tests on a baby the adoption agency had handed over to a foster couple in Andhra Pradesh state in August this year. The infant was taken back from the adoptive parents and brought back to Trivandrum. With lots of twists and turns in the story that went on primetime news, the baby was finally handed over to the couple.

This series of incidents leads us with a lot of points to ponder as a society.

As this year ends and a new year starts in a few days, let’s hope that these human rights violations do not happen to one more human being in our society.

May the new-year be a new dawn for the Anupamas of our nation!  Let our women get the courage to fight for her rights more and more in the coming decade. 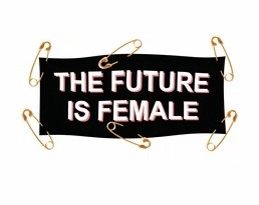 Let’s Talk about Sex to Teens

5 Positive Platitudes to boost our Self-esteem

Let us know our readers