As humans, one of our very infuriating tendencies is to have preconceived notions about generally everything in life. It could be about any mundane thing, really – people, places, food, politics, opinions, emotions. Personally, Paris was such a huge lesson for me not to indulge in such behaviors, and approach each day in life with an open heart and free mind. The more open and honest you are to yourself and others, the more fulfilling human interactions turn out to be. This is something I can vouch for, with numerous examples from the Paris trip which ultimately turned out to be a life changing experience.

Even before arriving in Paris, I was repeatedly told about the “lack of acceptance” (fancy euphemism for racism) and the supposed negativity that the French display towards “outsiders” ( yet another euphemism for people with darker skin tones). And since much of these came from different people who had been there before myself, I saw no particular reason to disbelieve them or discredit their opinions. But my personal experience with Paris was startlingly different to say the least. It is as welcoming as any other prolific capital city in the world and one’s color is about as immaterial as it would be in any other cosmopolitan city elsewhere. 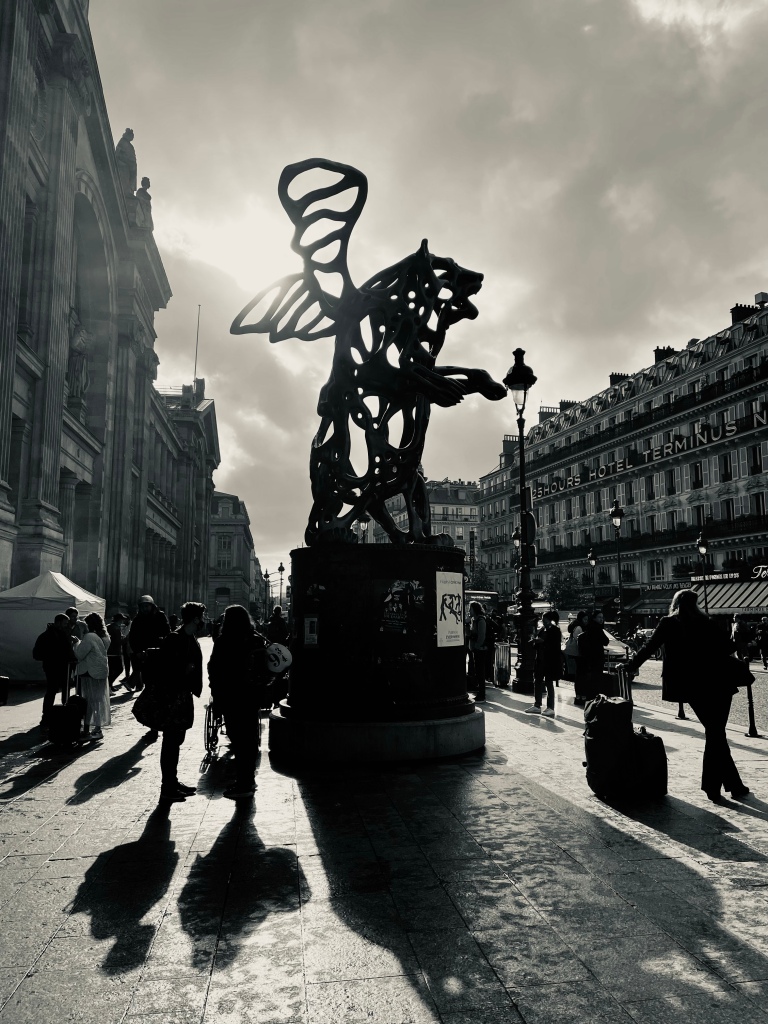 The lady at the Gare De Lyon station who patiently walked me through operating the unfamiliar ticket machine, the restaurant staff I encountered (each and every one of them were absolutely magnificent), the ladies who happily posed for me at Place de la République, the French gentleman who stuck up a conversation using only Google translate, the young lady who happily clicked my photos in the roof top of Galeries Lafayette, her mother who graciously held my shopping bags during the photo session, the elderly gentleman on the metro who shot a very reassuring glance over the mask while I was scrambling to find the correct station name, the receptionist who went out of his way to find a USB port for charging the power bank – and the many many other lovely people I encountered made sure that I returned from Paris with my belief intact in the best of humanity and people’s ability to be good to one another. Of course, there had been times when the interactions were not quite positive, but compared to the overwhelmingly high number of the good ones, they were quite insignificant in the higher scheme of things – too few to deserve a mention. 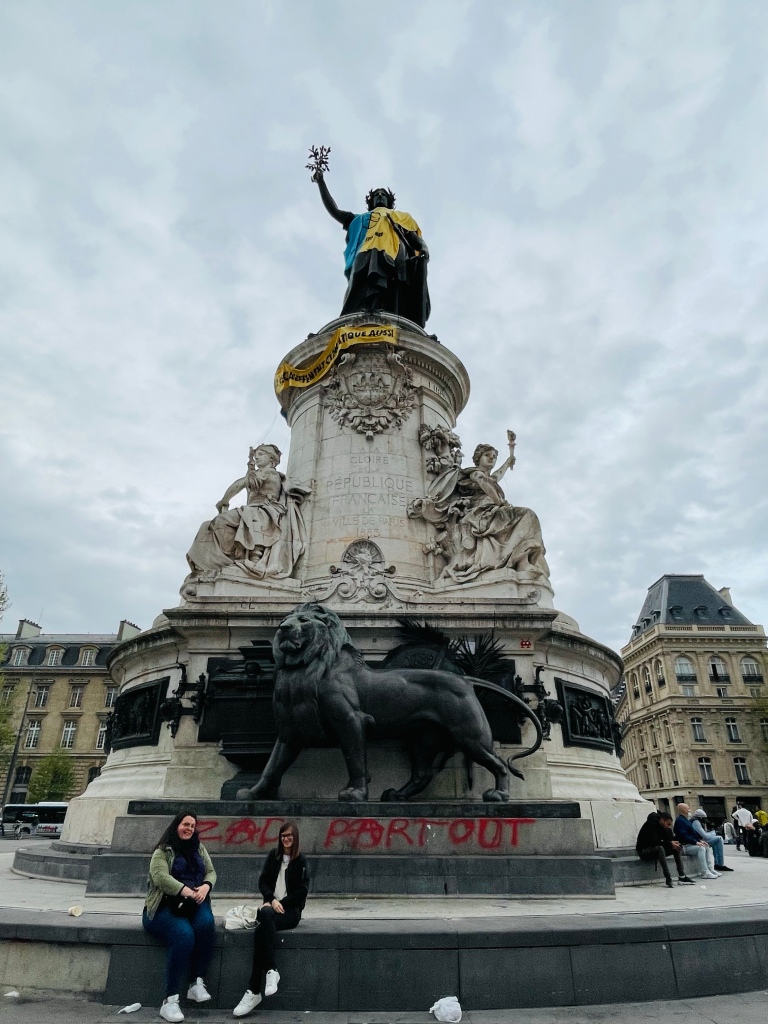 My biggest takeaway from the five days spent in Paris is that never ever form or volunteer opinions about any experience without actually having the experience. Sounds simple, but extremely difficult to follow and implement in everyday life. Because if you do, you are just being a mediator in propagating stereotypes. From what I have observed back home, it is the seemingly harmless stereotypes that grow exponentially over time and pave the way for far more dangerously destructive tendencies that endanger the innate harmony of a society.

Paris has made me more open and fearless. Barring Thailand and China, this is the first time I am traveling to a country that doesn’t have English as the main language. Yes, many people warned me about the perils of not having been able to speak French in Paris- bless them!! With communication tools being global and accessible these days, conversation is definitely easier than it used to be – say three years ago. We grossly underestimate the basic human skill to read verbal as well as non-verbal cues and micro expressions in a face-to-face interaction. Sometimes all it takes is a smile, nod and a shake of the head to say what you want to say. The trick is to keep your mind and senses open and to trust your instincts. If you are suspicious of the whole of humanity and feel that everyone is out there to get you, trust me – you are never going to enjoy the whole solo travel experience. Having grown up in a third world country has made my senses a little extra sensitive to certain triggers- stares, unwanted and unwarranted physical proximity, extra attention- to name a few. To be welcomed with catcalls obviously made me start the trip on a rather negative note, but the people and the magnificent city of Paris then won me over with warmth and sense of belonging. 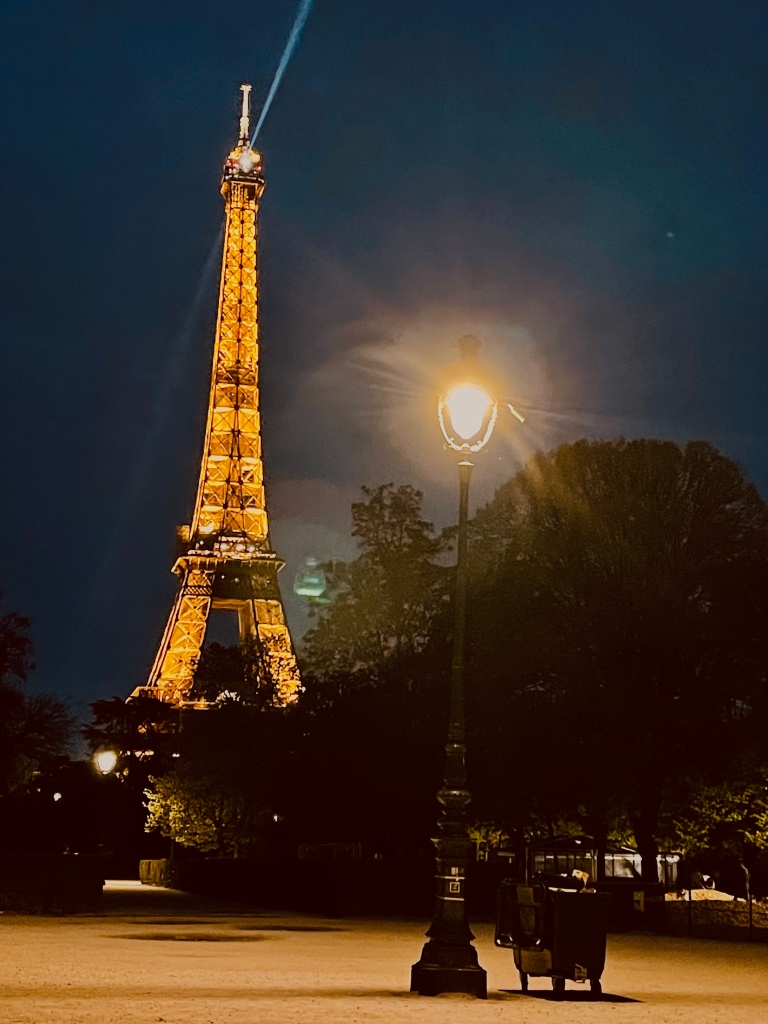 I am glad that I ventured into the “touristy” bits of Paris – all of them are marvelous and I now understand why people flock to this city in the hundreds every year. There is something for everyone who visits this great city. Visit, and lose yourself in the part of Paris that resonates most with your soul. 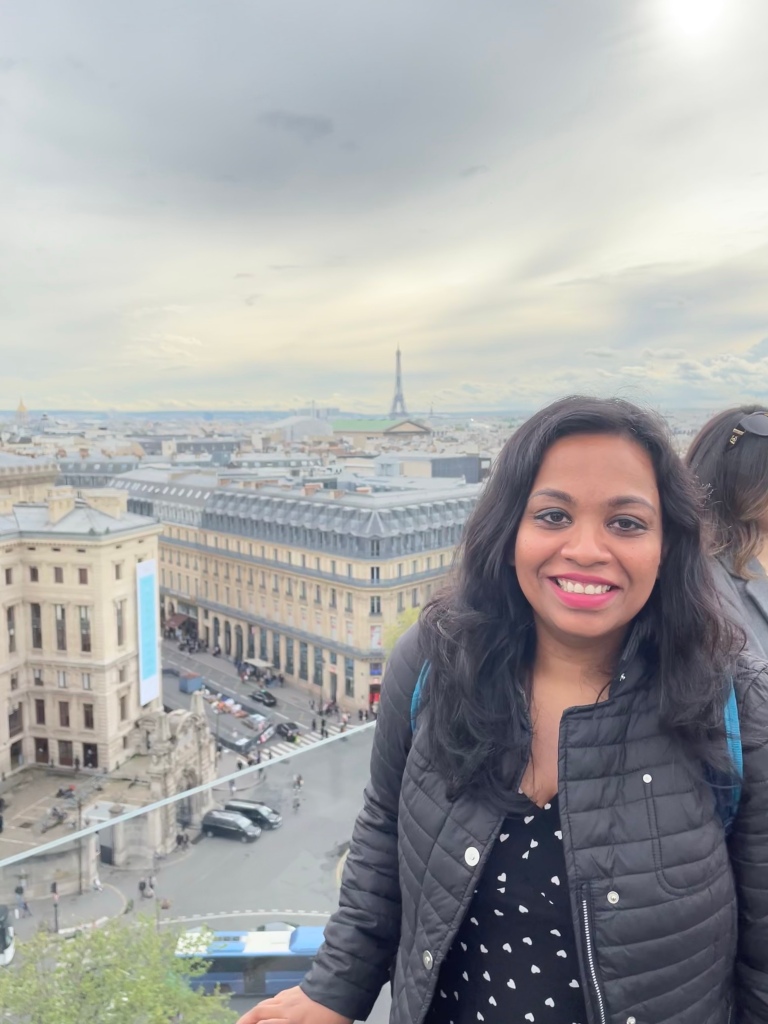 That smile says it all – Merci Paris!

I also understand why it is so important to say “au revoir” instead of goodbye – it is imperative that Paris is a place one would want to return to, time and time again. So what could be more suitable than “meet again”, to blend the joy of discovery with the bittersweet sadness of departure. It is the most suitable ode to a city of such character and splendor.

Explorer by heart and technologist by trade. Always ready to have new experiences, build connections, meet people from all walks of life, and constantly in search of the next big adventure.