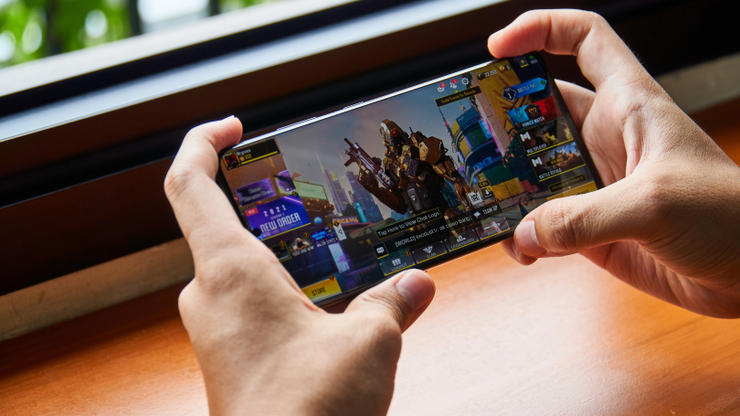 An example is the advertisements for a game named ‘The Game of Khans’. One advertisement of this game shows the male character peeking on a bathing woman. Another advertisement is that you are partially undressing a woman, and the latest advertisement even shows cutting the garment of the woman with some scissors. This inappropriate stuff is being shown on your mobile screens, without a warning when you are simply playing another innocent game.

Even the sensible adult in you is offended by these kinds of ads. But just imagine if your kid or adolescent is the one playing a game on your mobile and this kind of content comes up as an advertisement. These are sure to put a negative effect on them. Their idea about a female would be drastically affected by the voluptuous game characters with bouncy boobs. What are we even putting up with through these advertisements?

Another problematic one is the advertisements for choice games. It is mostly women who play these kinds of games and hence instead of voluptuous women, we get shirt-less hunk guys in the advertisements. And again, it is all about the looks. These advertisements usually have scandalous and inappropriate situations in the game, for example, a boss hitting on their employee and other scenes with a whole lot of sexual tension.

The bottom line is that sex sells. And the advertisement companies know that very well. These companies are able to catch the attention of the players with this kind of inappropriate, borderline pornography type advertisements. And will continue to do so until and unless someone puts a stop to them.

Then there are the other kinds of advertisements where we are asked to help an ugly female to get a makeover so as she can get revenge on her ex who left her because of her looks. One of the advertisements even goes as far as showing a husband cheating on his ugly wife, and the wife begging him to take her back. And the player’s goal is to make the wife beautiful so that the husband takes her back. These kinds of toxic advertisements propagate the idea that women are inferior to men and always need a man in their life. And that beauty is her ultimate virtue. It puts forward the idea that without her beauty, a woman is nothing in society and is bound to get disrespected and treated badly.

But we cannot expect these advertisements to disappear in a day either without a global uproar against them, which is highly unlikely.  The best thing we can do is to monitor not just the mobile games the kids are playing but also to the advertisements they come across or only allow them to play offline games without any ads.