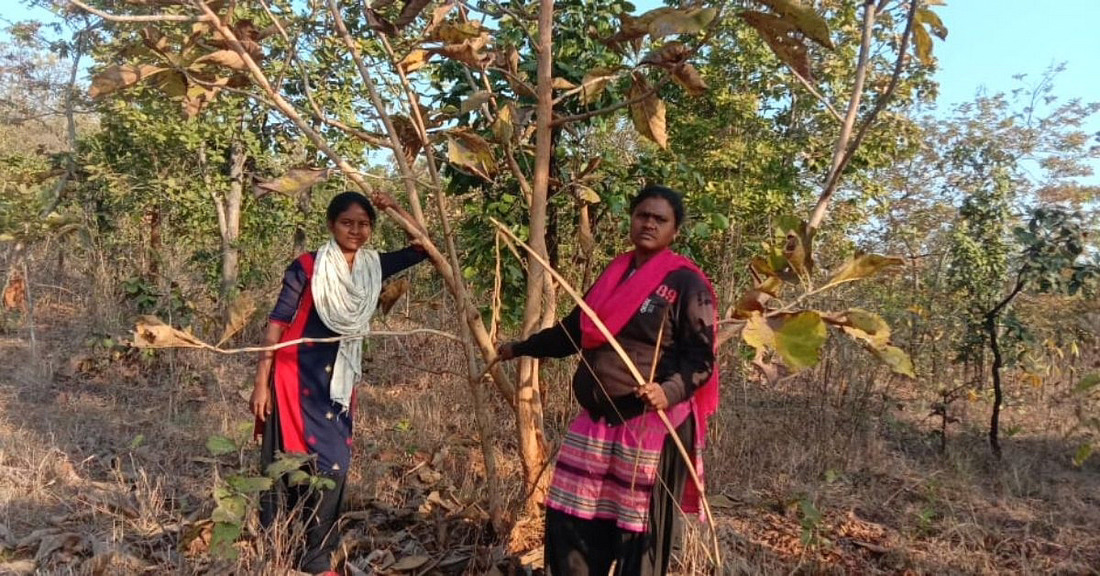 Near Sarkaghat village in Jharkhand lies a 250-acre forest. This forest is the livelihood of the villagers as they collect firewood, fruits etc from the forest. But lately, the forest is facing a threat because of the illegal felling of the trees. Many village residents were already beginning to feel the brunt of environmental degradation and began migrating to other cities to look for alternate sources of livelihood.

In this situation, a local woman, Kandoni Soren mobilised women from her village and made a group called Hariyali Sakaam (meaning ‘green leaf’ in their local dialect). This group was formed in 2011 and these women guard the 250-Acre of forest and protect it from illegal tree cutters. The group started with only five women but now consists of 40 women. They venture into the forest every day and keep an eye out for the illegal tree cutters.

30-year-old Kandoni Soren has the backup from the Jamshedpur Police. “Our existence is under threat without the forest. Only if we protect it can we survive. And every villager is well aware of this,” says Kandoni. “At times, we managed to catch the culprits red-handed and shooed them away. On other occasions, our presence deterred people from committing the act. We realised that our vigil was helping a little. After a few attempts to nab the culprits and hand them to local authorities, we earned appreciation and success.” Kandoni is fondly addressed as ‘Jungle Ki Sherni’ (The Tigress of the Jungle) by everyone in her village.