Delhi-based Aruna Chawla set up ‘Salad’ to promote vegan condoms, which are fragrance-free and made of natural latex, as the easiest means of safe sex. 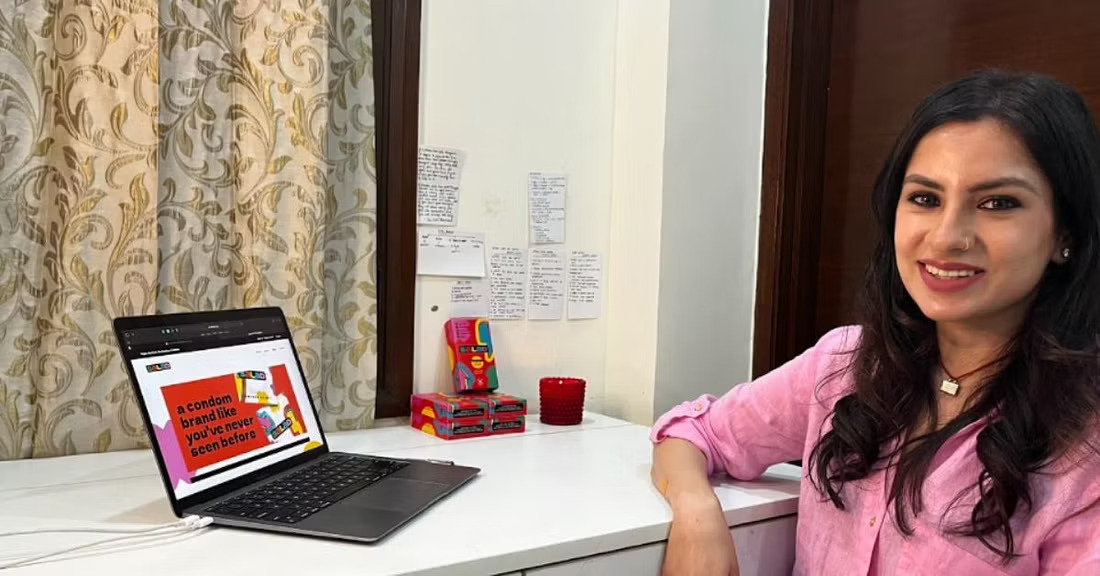 A 26-year-old girl selling condoms in a country like India will make a lot of heads turn. But that did not make Aruna Chawla get discouraged. She was doing a survey a few years ago and was startled to know the reality of India. India ranks third in the world when it comes to HIV cases, and the number of unwanted pregnancies is likely to reach an alarming 23 lakh due to little to no availability of contraception methods amid the lockdown. Also, the adoption rate of condoms was at only 5.6 per cent in India, despite it being the most easily available form of contraception here.

Aruna decided that this just would not do. “For purely academic purposes, I spent two months conducting research on this, which eventually led me to realize that it’s not the physical or price accessibility, but the social acceptability of condoms that is lacking,” Aruna says in an interview.

She adds, “Even in big cities like Delhi, you don’t generally want to be seen buying a condom. In rural areas, this inaccessibility results in increased costs when it comes to availing contraception — travel costs, doctor charges, the cost of the process, etc. So then the other option is to not take the trouble and do nothing about having safe sex.”

In June 2020, Aruna used her funds to launch Salad, a startup that sells vegan, non-toxic and eco-conscious condoms. These use natural latex that is fragrance-free and comes with recyclable packaging.

While continuing her research, she began by approaching manufacturers around the country. It was challenging, she notes, to find someone who not only understood her mission but also treated her with respect as a woman. “I preferred not disclosing my age, because the moment I told them I was 25, they would believe I was just a kid looking to waste their time. One thing I heard constantly was, ‘Why don’t you make us speak to your husband, or father? Humein iss baare mein ladies se baat nahi karni (We don’t want to talk about these things with women)’. And of course, I haven’t found a single woman manufacturer as of now,” she notes.

In January 2021 Aruna was able to get a manufacturer and things began to take off from there. “What’s interesting is that because condoms are an essential medical commodity, brands aren’t obligated to disclose the ingredients. The pharmaceutical department regulates their research, price ceilings, etc. But if we were going to start talking about normalising condoms and safe sex, we had to know what was going on behind the scenes, and what is going into our bodies. If you Google questions that Indians are asking about using condoms, you find there’s a lot of misinformation and ignorance around it. So, I thought it would be important for us to talk about what ingredients go into our brand,” she explains.

On Salad’s packaging, there is a QR code that one can scan to land on a section of the website that details what ingredients are being used to make the condom. It also details what each ingredient means, what benefits it has, and more.

As for it being ‘vegan’, Aruna says that it has nothing to do with their USP. “Our idea was to use the vegan aspect as a talking point. Most condoms use an animal by-product called casein to beat the rubber into thin sheets. In the last few years, as technology has improved, we now have the means to develop condoms that don’t need animal by-products,” she adds. “So for Salad, it’s just about doing the right thing.”

Salad’s eco-conscious thinking also comes into play when it comes to shipping and receiving. Orders are dispatched only twice a week to minimize transportation costs, reduce the burden on delivery personnel for small trips, and minimize the usage of overall resources. Salad’s condoms are priced at Rs 91, and shipped all over India through their website.

They are currently in talks with online retail platforms to make their products available there as well. They also donate 15 per cent of their profits to help improve access to sex-ed in Indian schools and colleges, she notes. They’re also looking to collaborate with sex educators and create workshops.