Mayookha Johny is an Indian track and field athlete from Kerala who specializes in the long jump and triple jump. Let us wish her a very happy birthday. 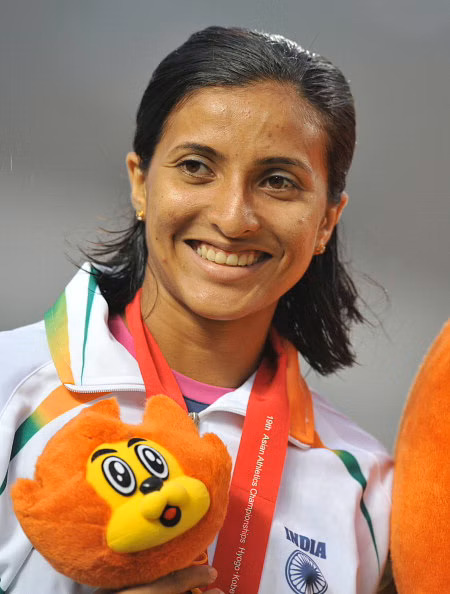 Mayookha Johny was born on 9 August 1988 in Kozhikode, Kerala. Performing for Kannur in the 50th Kerala State Athletic Championship at Thrissur, Mayookha won gold in the long jump and triple jump (12.38 m) in the under-20 category in 2006.

She finished seventh in the long jump at the 2010 Asian Games. Johny fared better at the 2011 National Games of India the following February, taking a long and triple jump double ahead of M. A. Prajusha. Triple Jumper Mayookha Johny has become the first Indian woman to breach the 14-metre mark as she won a bronze medal in the third and final leg of the Asian Athletics Grand Prix in Wujiang, China.

She also has been in the media for raising the accusation in the Aloor rape case. The case is ongoing.