Singer-songwriter of Indian origin, Falguni Shah won an award at the 64th Grammy Awards 2022. The album that Indian Origin singer Maryanne J George was a part of also won an award. 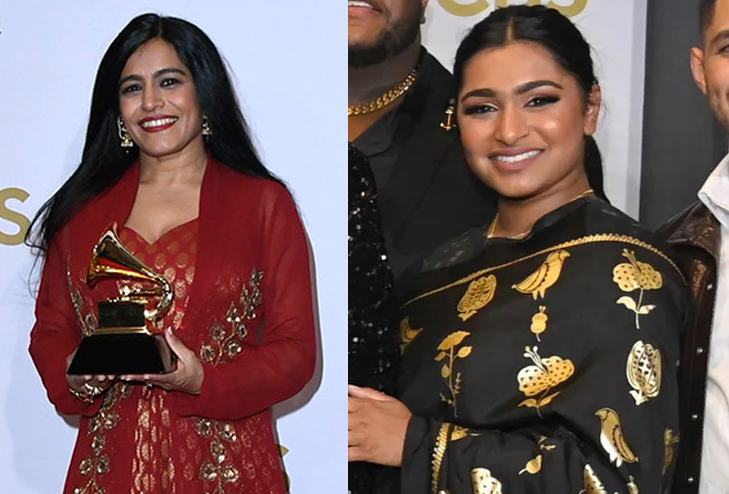 Two Women of Indian Origin got honoured at the 64th Grammy Awards 2022. Singer-songwriter Falguni Shah and Singer Maryanne J George both of Indian origin were the two who brought honour to the nation and all women of the nation.

Falguni Shah who goes by her stage name Falu had got nominated for the second time for a Grammy in the category of ‘Best Children’s Album’. She won this year with her album ‘A Colorful World’. The album is about inclusivity and racial unity said in beautiful words that even a child can understand. It takes the euphemism of various colour crayons in a box full of crayons and says how all the colours

“I dedicate this GRAMMY to:

All of the children around the world who are born with the ability to love each other regardless of the color of their skin or their ethnic background. May we all be as open and loving as our next generation and look up to them for inspiration.

My homeland, India. My gurus, my family – all who have made me who I am today.

My community in America. I love this country and my musical community for emboldening my Indian classical roots. Thank you for being my second home.”

Singer Maryanne J George is of South Indian origin and she was nominated for the fourth time for a Grammy. Maryanne George made her solo debut in 2021 with the release of her debut extended play, Not Just Stories. Maryanne is also a member of the Maverick City Music collective.

It was the album ‘Old Church in the Basement’, which is a collaborative live album by American contemporary worship groups Elevation Worship and Maverick City Music that won the award for the Best Contemporary Christian Music Album’. Maryanne was a part of this album and proudly wrote on her Instagram – “first grammy win for the @maverickcitymusic fam. dreams we didn’t even know would be possible. but GOD…”

In addition to this, Indian music composer Ricky Kej also won his second Grammy award in the 2022 Grammy awards. We congratulate all three for winning this honourable award and being the pride of the nation.