Many mother-daughter-in-law relationships are not happy and smooth sailing. But why does this feud exist between mothers-in-law and daughters-in-law for generations and even in this time and age? 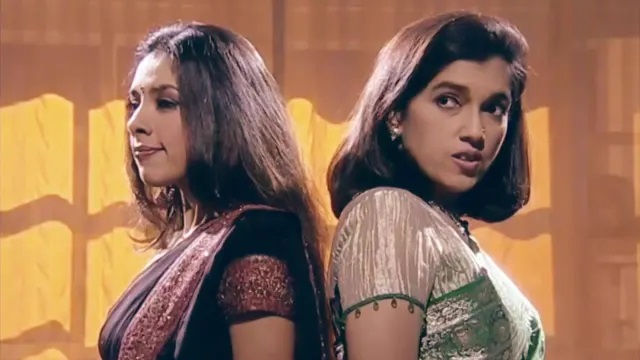 One of my old-time favourite shows is the comedy series Sarabhai Vs Sarabhai. It was so fun to watch the mother-in-law count out the things that she does not like about her daughter-in-law. But things are fun as long as it is just a TV Show. The Saas-Bahu tension is a long favourite trope of Indian Television. But the reality of many houses is not very different from these TV Shows. Though the Mothers-in-law do not plot evil plans against their daughters-in-law like in the TV Shows, many mother-daughter-in-law relationships are not happy and smooth sailing.

But why though? Why does this feud exist between mothers-in-law and daughters-in-law for generations and even in this time and age? Why should a woman be the reason for a woman’s own arch-enemy?

Of course, we have mother and daughter-in-law relationships where there is no tension and even a bit of love. Recently we were glad to hear the news of Kamala Devi and Sunita from Sikar in Rajasthan, where Kamala Devi the mother-n-law educated and remarried the daughter-in-law after her son’s death. But this news became such attention-grabbing news because the normal case is often the opposite.

There can be no specific cause that can be scientifically established for the bad relationship between a mother-in-law and a daughter-in-law. But mostly it is because of expectations and log formed patriarchy. A mother-in-law expects her daughter-in-law to be perfect in every way. Of course, they want a perfect person for their beloved son. But they are forgetting the fact that the daughters-in-law are just human, and someone’s daughter who grew up in a different house and system. There may be things that you do not like in them.

I have seen a mother-in-law that complains that her daughter-in-law does not smile enough when talking to new people and relatives. Some encourage daughters-in-law to dress up more and put on more jewellery. Some find problems with their cooking. This kind of nit-picking is happening in almost every house.

At the same time, a son-in-law is given all respect and is treated with respect by the parents of his wife. There won’t be any nit-picking happening there and the daughter is often asked to ‘adjust’ to the new household and family. They are told that women must learn to accept, forgive and adjust. This is happening because of the deep-rooted patriarchy in our culture.

But we cannot forget the fact that the reverse is also possible. Sometimes the strain in the relationship is when daughters-in-law fight with their mothers-in-law. They can also be the root cause of the problem and my nit-pick about anything the mother-in-law does. Coming back to my favourite TV Show, In Sarabhai vs Sarabhai, the daughter-in-law also listed the things that her mother-in-law does.

This is happening because two women who grew up in different situations have to now co-exist in the same environment. Where each expects the other to be more like themselves. But no other person can be exactly like you. Everybody has their own characteristics and behaviours. We need to accept everybody as they are and co-exist happily without a problem. And we need to accept the fact that there is no such thing as a perfect person. We all have our own flaws and good sides.

Tags: mother-daughter-in-law relationships, Relationship Between a Mother-In-Law and Daughter-In-Law